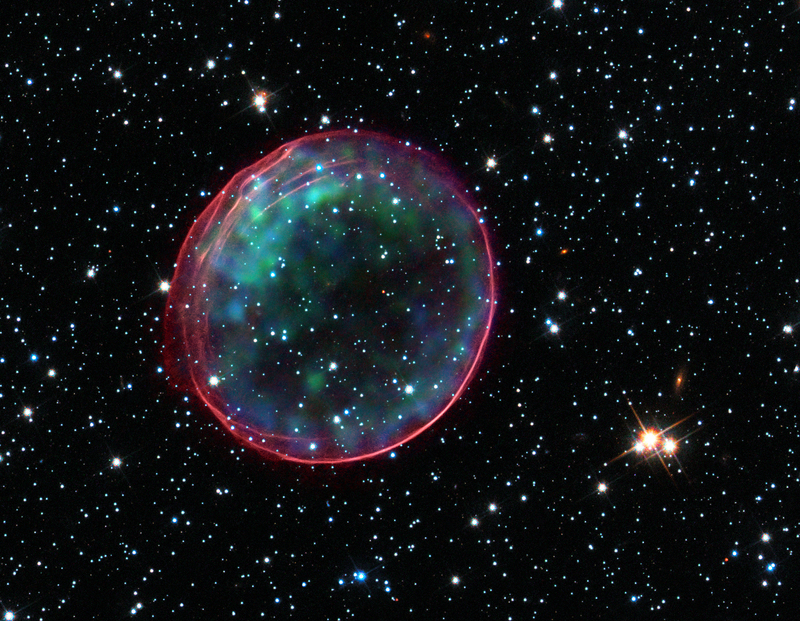 I love everything about Physics, so I tend to keep up with the latest research happening inside this field of study. Due to which, I recently came across this article which talked about a new theory by Dr Claudia De Rham from Imperial College London. This theory attempts to explain why the universe is expanding via altering Einstein's theory of general relativity and making dark energy redundant (which was thought to be the reason). I think it's radical, and something worth writing about.

Right, so let me walk you guys through this. The Big Bang Theory states that the universe is continually expanding, and the rate at which it's expanding (expansion in a given time interval) is also increasing. But it's always baffled scientists why that's the case because according to the fundamental laws of Physics, the inward force of gravity should slow down the expansion, not make it faster. Gravity should hold together the universe, not let it race apart.

This is why dark energy was hypothesised back in 1998, and it's believed that this is the mysterious agent which allows the cosmos to expand rapidly, despite the inward tug of gravity. Moreover, it's thought that dark energy is 68% of the universe. But even though a lot of scientists believe it's true, there is no evidence which suggests so.

Now enter the theory of massive gravity written about inside the article mentioned above. It eliminates the need for dark energy, via making modifications to Einstein's theory of general relativity.

General relativity assumes that hypothetical particles called gravitons, which are in charge of transmitting the force of gravity from one place to another are massless. But instead, massive gravity suggests that those gravitons have mass. The implication being that gravity would have a much lower influence on large scales, because the gravitons aren't able to travel at the speed of light. And as the size of the universe increases, the force of gravity weakens more and the rate of expansion of the universe increases.

This clearly explains why the universe is expanding, without any reference to dark energy. If proved, this would make dark energy redundant, just like Aether.

Right, so that's it!