Why are some things darker when wet?

Have you ever wondered why some things become dark when you spill water on them? What’s exactly happening? 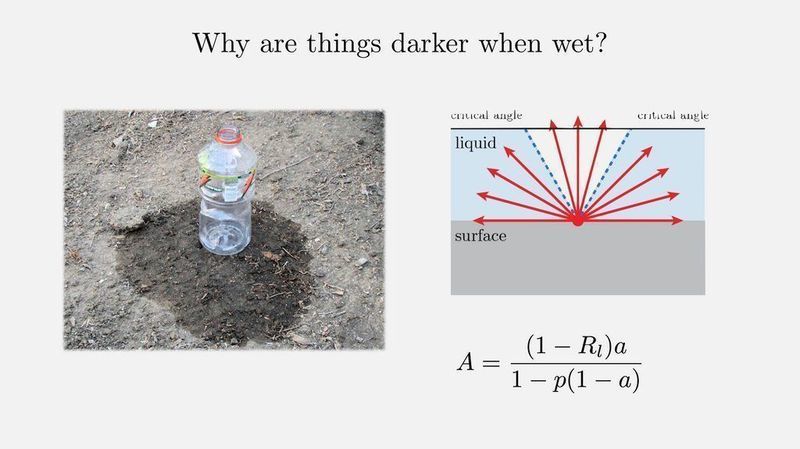 Before I explain this phenomenon to you, let’s go through some prerequisite knowledge.

How we see things

We see an object when light reflects off it and then enters our eye. The eye then produces a nerve impulse and sends it off to the brain to be interpreted. Light acts as a medium of information transfer here.

This is why you can’t see things in dark; no light means that there is no way that you can channel the information about the surroundings into the person’s eye.

Now let’s understand the natural phenomenon of reflection; it’s when a wave hits a surface and gets thrown back. Not absorbed (transfer it’s energy to the surface), or transmitted (go through the surface).

There are two types of reflection (two ways the wave can be thrown back).

This is when all the incident light (light which hits the surface) is reflected into a single outgoing direction. 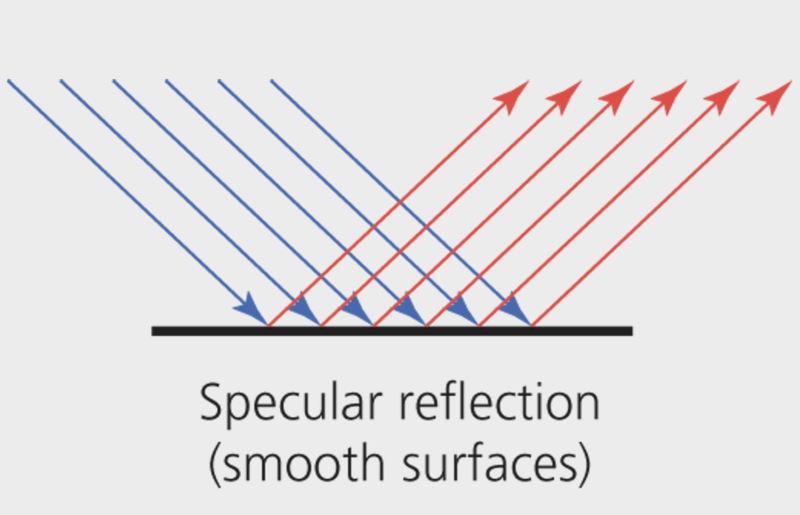 
This is when the incident light (light which hits the surface) is scattered into all angles when reflected. This is due to the irregular nature of the surface it’s reflected off. 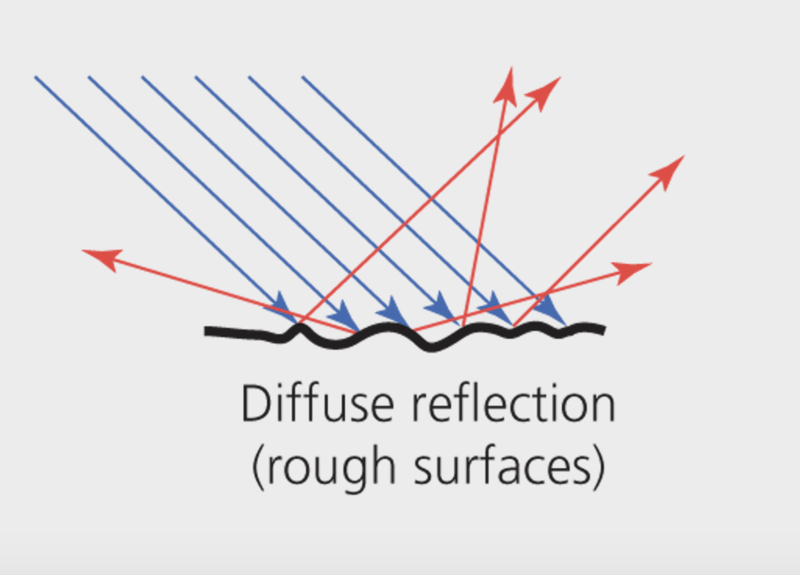 Source
The reflected light rays leave at a variety of angles. This is because the angle of incidence (the angle at which the light hits the surface) is different for each part of the surface.

Right, let’s say you accidentally spill water on your shirt. And now it’s dark. What’s precisely happening under the hood?

Before water is spilt, 100% of the light travelling towards that part of the shirt will hit the surface. But now only a fraction of the light moving towards it will hit its surface. This is because the light now has a layer of water to go through. And due to the reflectance of water, not all light at the air-liquid-interface (border between air and water) goes through the water. Some of it is reflected.

The probability of light getting transmitted into the water is (1 — Rl).

Rl — reflectance at the air-liquid interface

Reflectance is a measure of the proportion of incident light, which is reflected. Every surface tends to have a reflectance: how much it reflects light. So now, we’ve already lost a proportion of the total light, which was supposed to reflect on the shirt and go into the person’s eye.

Now, the incident light ray is inside the water. And it then hits the surface of the shirt. Some of the light is absorbed there, and the rest is reflected diffusely. How diffuse reflection occurs is explained above.

Total internal reflection is a natural phenomenon, where the incident light is reflected at media interface.

It only takes place if:

Since water is denser than air, and the reflection is diffuse. A lot of light is internally reflected, thereof, increasing the probability of absorption at surface. 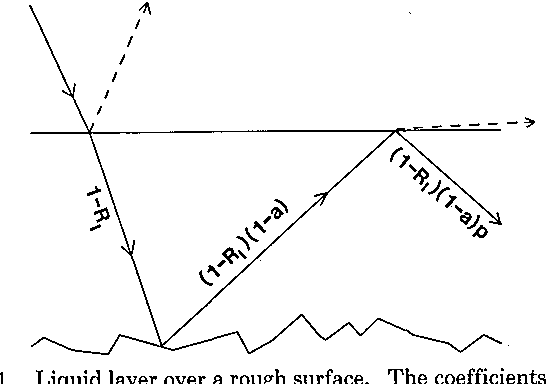 All of the phenomenons stated above come together. Due to which, the intensity of light which the observer receives is way less, relative to if the shirt was dry. This is why the shirt looks darker when wet.

So this is it!

Everything in this essay comes from this source.